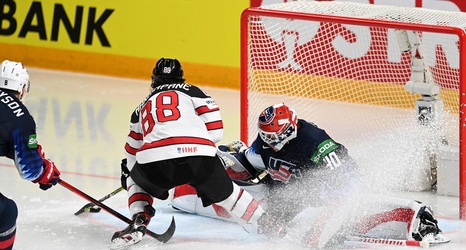 Insane and unexpected. That’s really all you can say to describe this run from Canada at the 2021 IIHF World Hockey Championships. After staring down an 0-3 start, the team has since reeled off five wins in six games, which culminated today in a 4-2 semifinal victory over the United States.

The variable that changed between those first three games and the last six? Andrew Mangiapane.

With another two goals today, he now sits second in tournament scoring with 11 points, including being tied for the goal lead with seven. His point total is second only to his linemate Connor Brown.