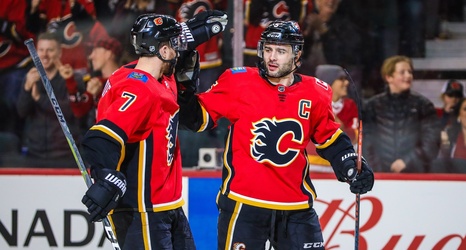 After an excellent 2018-19 regular season, the Calgary Flames have had a weird, frustrating 2019-20 season. They’ve had to be resilient in a lot of different ways, one of which was rolling with the punches as far as illness and injury on their blueline goes.

The Flames had a bunch of different set-ups for their defensive pairs this season. With Travis Hamonic unavailable for the post-season, which of their many defensive schemes was the best?

The Flames operated with 11 different players on their blueline this season, nine of which are available to them in the playoffs:

Brodie, Giordano and Hamonic all missed big chunks of the season due to various reasons.