What will it cost to get the Kraken to avoid Mark Giordano? 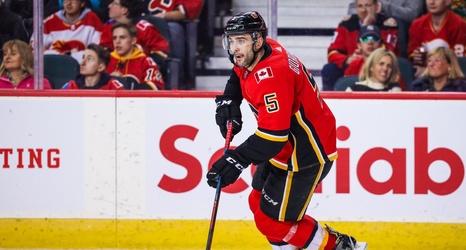 The Calgary Flames have some decisions to make regarding the upcoming Seattle Kraken expansion draft. One of their bigger decisions is which three defensemen to protect among the quartet of Mark Giordano, Chris Tanev, Noah Hanifin and Rasmus Andersson.

But conventional wisdom says the Flames should expose Giordano, given that he’s nearly 38 years old. But with Flames management likely nervous about losing their captain, what price would they potential need to pay to steer the Kraken away from Giordano?

We chatted with the folks at the Sin Bin, who covered Vegas’ expansion draft in 2017, to figure out what the price tag might be to steer Seattle away from Giordano and towards another available player.