What have the Flames done differently against Edmonton than Dallas? 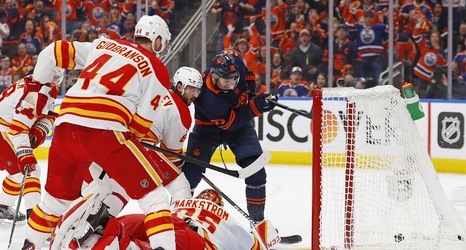 Folks, through four games against the Edmonton Oilers, the results have been disappointing for the Calgary Flames: just a single win. But after such a strong performance in the last series with the Dallas Stars, it’s natural to wonder what precisely has been done differently for the Flames against Edmonton than against Dallas.

We decided to dig into the underlying metrics to figure it out.

Some details: We used five-on-five data from Natural Stat Trick. We’re comparing expected goals for (per 60), expected goals against (per 60), and PDO, which is each player’s combined on-ice shooting and save percentage.