What happens when Austin Czarnik and Travis Hamonic come back? 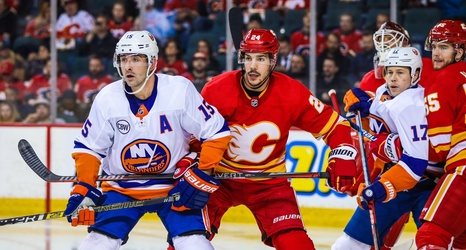 Following the road trip, two interesting faces returned to full practice for the Calgary Flames. Injured players Austin Czarnik and Travis Hamonic are poised to return in the near future. When they come back, just how complex will the team’s roster and salary cap decisions become?

As of this morning, the Flames are carrying 22 players on their active roster:

They also have four injured players: Hamonic (who’s not on the long-term injury reserve) and Sam Bennett, Juuso Valimaki and Czarnik (who all are).