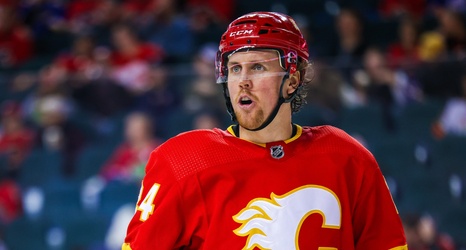 Calgary Flames forward Brett Ritchie scored just over six minutes into the first period on Wednesday to give his team a 3–0 lead — and chase Edmonton Oilers goaltender Mike Smith — in Game 1 of the Western Conference semifinal.

Playing in his fifth game of the 2022 Stanley Cup playoffs, Ritchie scored his first career post-season goal at the 6:05 mark of the opening frame. Ritchie’s goal was unassisted.

After stealing the puck from Oilers forward Evander Kane just inside the blue line, Ritchie deked past Duncan Keith before firing a quick shot that beat Smith under his blocker to give the Flames an early three-goal cushion.