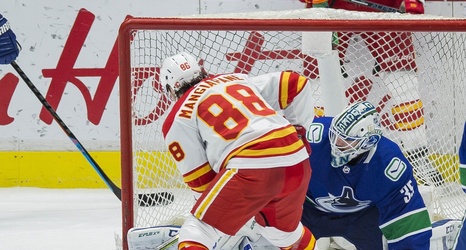 The little man had a big game, again, at the World Championship in Latvia. Andrew Mangiapane had two goals in Canada’s semi-final game against the United States to power them to a 4-2 victory and a berth in the gold medal game on Sunday.

Playing on Canada’s top line with Connor Brown and Adam Henrique, Mangiapane scored Canada’s second and third goals. He now has seven goals (and 11 points) in six games, placing him second in tournament scoring behind Brown.