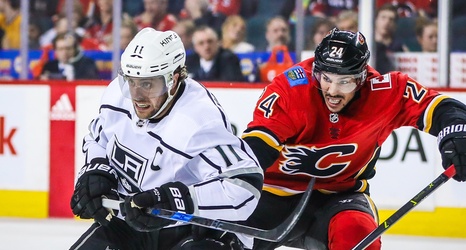 The Calgary Flames were without Travis Hamonic for the latter half of Friday night’s game against the Washington Capitals. Based on reports from Sunday’s practice, Hamonic was absent from the ice.

The Flames are carrying one extra forward (Austin Czarnik) and one extra defenseman (Dalton Prout). They can recall another player at any time without making additional roster moves, but they would need to open another roster spot if they need to call up two bodies.