Travis Hamonic a possibility for Thursday’s game against the Sharks 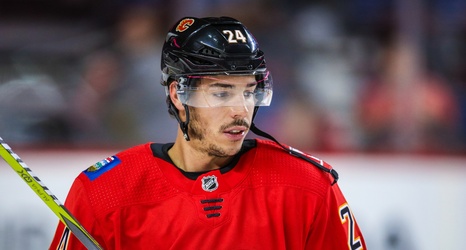 Early into the Flames’ 4-3 loss against the Capitals, Travis Hamonic was involved in an awkward collision with Jakub Vrana that would eventually see him leave the game early with a lower-body injury. He subsequently did not practise the next day, and did not play against the Hurricanes the day after that.

Hamonic’s injury may not be too serious, though, as he’s been skating, and Bill Peters has said there’s a chance he plays in the Flames’ next game: Thursday against the divisional rival Sharks.