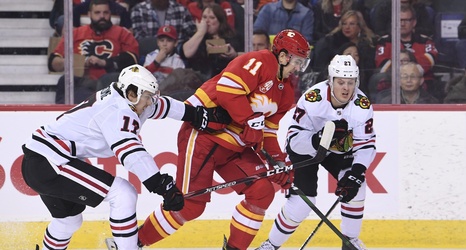 This coming May is the 40th anniversary of the Atlanta Flames moving to Calgary. To commemorate this occasion, we’re counting down the Top 40 Calgary Flames in history.

We’re halfway home! Coming in at #20 is Mikael Backlund.

Backlund is the textbook example of the NHL being a tough league, center being a tough position to play in said league, and patience paying off in player development.

Drafted out of his hometown Vasteras, Sweden in 2007, he made the jump to North America the following season – making his NHL debut as an emergency recall following the 2009 World Juniors – and spent the back half of the season helping drive Kelowna to a WHL Championship and Memorial Cup appearance.