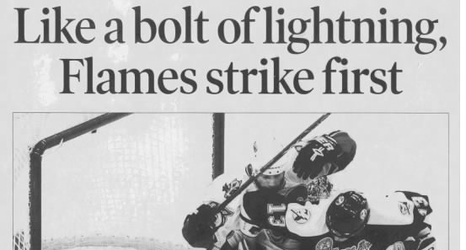 Welcome back to another edition of Throwback Thursday!

This week in 2004, the Calgary Flames opened their Stanley Cup finals series against the Tampa Bay Lightning. Calgary jumped out to a 4-1 game one win on May 25th, but fell 4-1 in game two on the 27th.

In game three, Calgary took a 3-0 victory, but fell in game four 1-0. In hindsight, what an interesting trade of games through the first four.

Calgary won game five 3-2 in OT, and Tampa won game six 3-2 in 2OT — but not without some controversy.