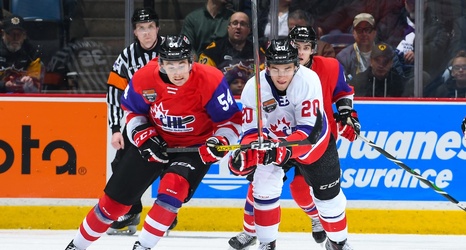 A month after being upset of the first round of the Quebec Major Junior Hockey League’s playoffs, the Saint John Sea Dogs are back in action this week as they host the 2022 Memorial Cup and seek a bit of redemption.

The Sea Dogs were a team built for a lengthy playoff run, and they’re hoping a strong showing at the Memorial Cup could make up for an early QMJHL playoff exit.

Four teams are participating in the 2022 Memorial Cup:

The Sea Dogs loaded up for this playoff run, adding Ryan Francis last season, William Dufour and Yan Kuznetsov during the off-season, and Connor Trenholm, Philippe Daoust and Raivis Ansons prior to this year’s trade deadline – adding to an already impressive young core.