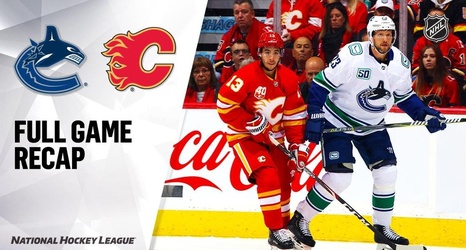 The Flames got back on track with a 3-0 shut out win over the Vancouver Canucks Saturday night at the Saddledome. The Flames got a great bounce back game against their division rivals and David Rittich was an absolute rock between the pipes. The Flames keeper stopped all 34 shots he faced on his way to his first shut out of the season. The Flames top guns once again provided the offence for Calgary as Sean Monahan scored for the second straight game, Elias Lindholm netted a goal and Johnny Gaudreau (1G 2A) had a three point night to lead the Flames in scoring.