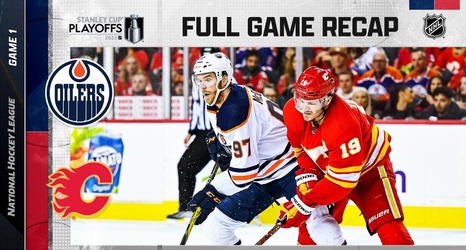 -That Was Fast: The Flames scored the first three goals on the evening, but it was the first two that were noteworthy. Elias Lindholm beat Mike Smith a mere 26 seconds into the game and 25 seconds later Andrew Mangiapane put the Flames up 2-0. The two goals in 51 seconds are the two fastest tallies in Stanley Cup Playoff history.

Three’fer: Matthew Tkachuk struggled against Dallas and he took his frustrations out on the Oilers Wednesday night. Tkachuk recorded a hat trick making him the first Flames player to accomplish that feat in the playoffs since Theo Fleury did it back in 1995.