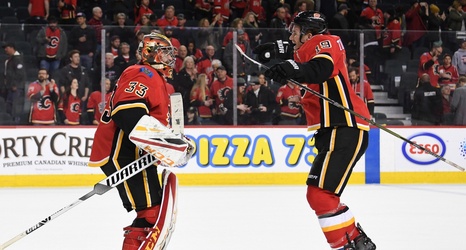 Calgary Flames general manager Brad Treliving often jokes that the name of the game shouldn’t be hockey, it should be goaltending. If you have better goaltending than the other team, you give your side a good chance at winning.

For the Flames in the 2019-20 season, the name of the game is this: they’ll only go as far as David Rittich can take them.

On Wednesday, I tweeted this:

To me, #Flames entire season hinges on David Rittich. If he's decent, they're a playoff team. If he's "real good," they'll contend for the division.