The Flames need to pick their spots when trading away picks 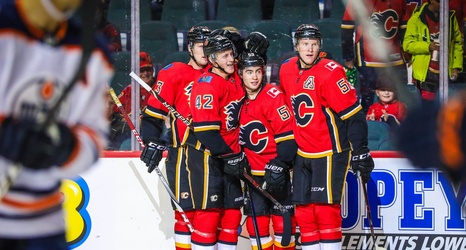 As the Calgary Flames approach the Feb. 25 trade deadline, there’s already been a lot of chatter about the team using draft picks to load up for the playoffs. It’s a tempting proposition, but it’s worth examining a bit further from the perspective of asset and cap management.


Increasingly in the modern National Hockey League, key and core players are getting paid a lot and that doesn’t leave a lot of funds left for the lower half of the team’s roster. The Flames’ roster features five players with cap hits north of $5 million (Johnny Gaudreau, Mark Giordano, Sean Monahan, James Neal and Mikael Backlund) and five more making between $4 million and $5 million (Noah Hanifin, Elias Lindholm, TJ Brodie, Michael Frolik and Mike Smith).