The Flames have quietly raised their Pacific Division banner 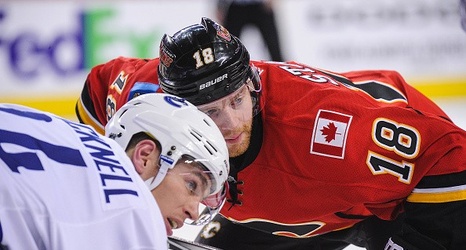 On Tuesday night, the Scotiabank Saddledome hosted its first Calgary Flames home game since the club was eliminated in the first round of the 2019 Stanley Cup playoffs. Prominently displayed from the rafters was a banner commemorating the club’s 2018-19 Pacific Division crown.

New banner alert! A reminder of just how much fun last season was…until the end. #Flames will officially start to defend their Pacific Division Championship on Oct. 3. pic.twitter.com/oya64oBikg

Historically, the Flames have raised their banners with much pomp and circumstance.