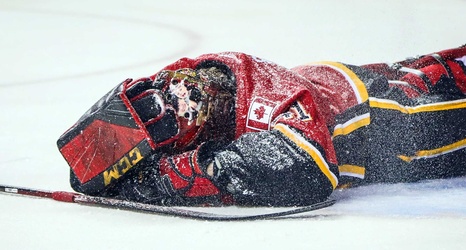 It was a goal from Brandon Prust, assisted by Fredrik Sjostrom and Eric Nystrom.

That goal from Prust, which took place on Oct. 1, 2009, was the last game-winning goal by a Calgary Flames player in a season opener. It came against the Vancouver Canucks, and was the fourth goal in what would end up being a 5-3 victory.

The only current Flame who was with the team back then was Mark Giordano. He played his part in the win, opening the scoring with a power play goal and then later assisting on a goal by Rene Bourque.