The Flames Didn’t Deserve To Win This Series 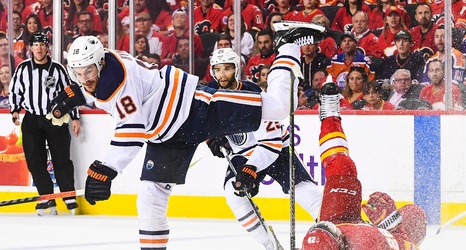 The Flames season ended in crushing defeat last night, falling to Connor McDavid and the Edmonton Oilers in OT, 5-4, in Game 5 of their playoff series. And it’s not crushing because of what YOU think. It’s not because a Blake Coleman goal was taken off the board due to a “kicking motion.” So please, stop comparing it to 2004. Because it’s not even close to the same thing. One cost the Flames the Stanley Cup, the other “cost” the Flames a game where they blew three leads. And that’s why they lost: they weren’t good enough.