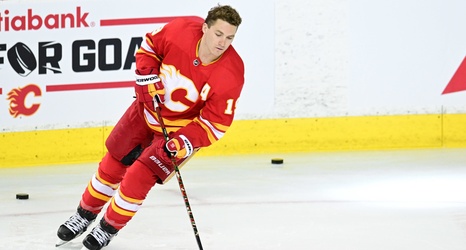 It has been just over a month since Brad Treliving finalized one of the biggest trades in franchise history, and by far the biggest move of his tenure. In fact, July’s trade between Calgary and Florida that saw Matthew Tkachuk, Jonathan Huberdeau, and MacKenzie Weegar all change teams might be the biggest trade in the cap era. And it happened in a lightning quick fashion. Here’s how it played out.

May 28 – Wrapping up the season

Much like fellow departed former teammate Johnny Gaudreau, we weren’t getting public indications of a Tkachuk exit when he spoke to the media for the final time last season.