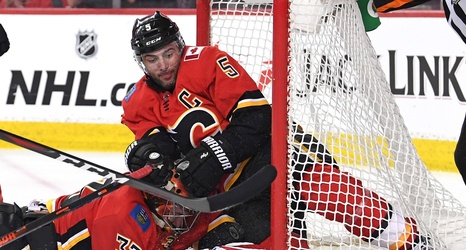 Late Sunday night, our pals Jason Gregor and Frank Seravalli conducted their own mock expansion draft on their DFO Rundown podcast. Based on their draft, folks, expect the Seattle Kraken to select Mark Giordano from the Calgary Flames on Wednesday night.

It's late on a Sunday, but @JasonGregor & @frank_seravalli have a brand new episode of The DFO Rundown!

It's loaded & features they're full mock expansion drafts as well as some potential trades!@WoodJerseys