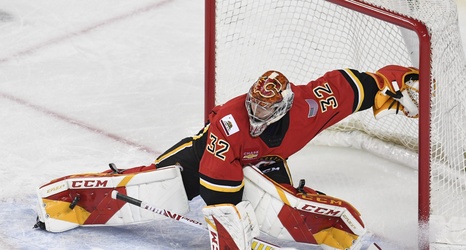 Just 48 hours after the two teams clashed at Rogers Place, the rookie camp attendees of the Calgary Flames and Edmonton Oilers will meet again in a pre-pre-season contest. This game means absolutely nothing, but at the very least it gives both club’s development staff and management a look-see at their youngest players in game-like conditions.

Like Saturday’s game in Edmonton, this game is closed to the public. The puck drops at 6 p.m. MT and you can catch it streamed on the Flames website or on the radio via Sportsnet 960 The Fan!

Dustin Wolf starts again for the Flames, presumably backed up by Ungar, who was the goalie scratched on Saturday.