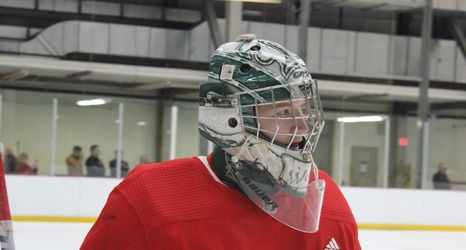 It’s two groups of young players looking to impress up at Rogers Place! The puck drops at 5 p.m. MT and you can catch it streamed on the Flames website or on the radio via Sportsnet 960 The Fan!

It sounds like Dustin Wolf, the 214th player selected in the 2019 NHL Draft, will start for the Flames.