Report: MacKenzie Weegar has a “strong, genuine desire” to sign extension with Flames 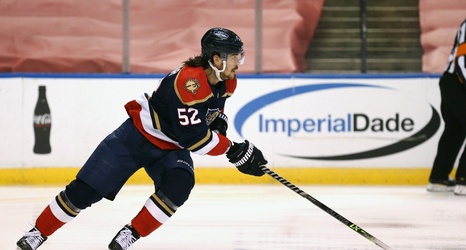 Calgary Flames general manager Brad Treliving has been one of the busiest people in the sports world this off-season, and it looks like that trend will likely continue into next week.

According to a report by TSN’s Salim Valji, Treliving and his fellow Flames executives are expected to engage next week in contract discussions with newly-acquired defenceman MacKenzie Weegar.

Weegar, who is under contract through the end of the 2022–23 season, was one of the main pieces acquired by Calgary last month in the deal that sent Matthew Tkachuk to the Florida Panthers.

The 28-year-old right-handed defender reportedly has a “strong, genuine desire” to sign an extension with the Flames.