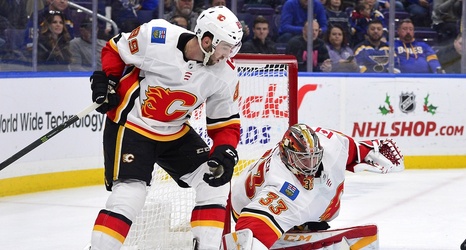 The Calgary Flames have made a roster move. According to Postmedia’s Kristen Anderson, the club has called Alan Quine up from the American Hockey League’s Stockton Heat.

The #Flames have recalled Alan Quine. Head coach Bill Peters alluded to potentially having some other injuries… we'll find out soon enough.

The Flames were without Andrew Mangiapane for Saturday’s game in Los Angeles. Sam Bennett didn’t play in the last 15 minutes of the third period and his status isn’t clear. As a result, Quine’s recall may be needed so the Flames have 12 healthy forwards.