Rate the Flames (2) at Ducks (1): Talbot Outduels Gibson in Victory 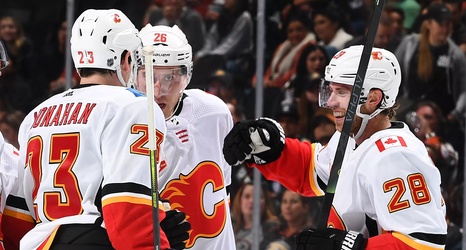 Heading into tonight’s tilt with the Anaheim Ducks, there weren’t a ton of reasons to feel positive if you were a Calgary Flames fan. The team was coming off an absolutely dreadful performance last night in a 4-1 loss to the Los Angeles Kings and was playing the second half of a back-to-back. Then we found out Sam Bennett wouldn’t be dressing as Alan Quine was called up to replace him. Finally, it’s the Honda Center, winning there is just something Calgary doesn’t do.

Tonight though, they found a way to get the win off a masterful performance from Cam Talbot along with timely goals from Michael Stone and Mikael Backlund.