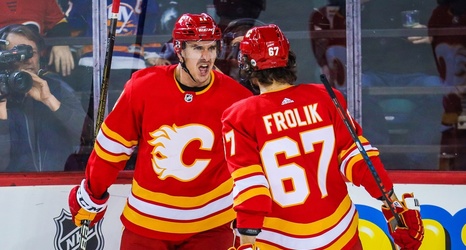 The Calgary Flames beat the Philadelphia Flyers by a 3-1 score on Tuesday night at the Scotiabank Saddledome. Here are selected reactions from players and coaches following the game.

Flames fans – at least those on Twitter – freaked out when Mikael Backlund blocked a shot in the third period. He had to be helped off the ice, but returned to the game late in the period. It was obviously a relief to the coaching staff and players that Backlund was able to return.

“I’ll breathe easier in the morning once we get him in here tomorrow and see how that reacts overnight,” said head coach Bill Peters.