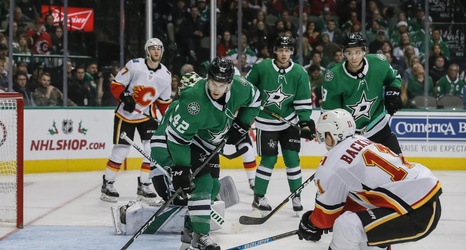 After a split at home with the Canucks and Kings, the Flames will hit the road for three straight with the first occurring in Dallas. Calgary has struggled early on during their first three games with getting going and playing well. The Flames have two first period goals in their three games so far and Tuesday’s pathetic three opening period shots isn’t helping. Calgary looks sluggish and uninspired early often and the Kings took advantage of that in their 4-3 OT win earlier this week and a team like Dallas could put the Flames away early with a decent first period.