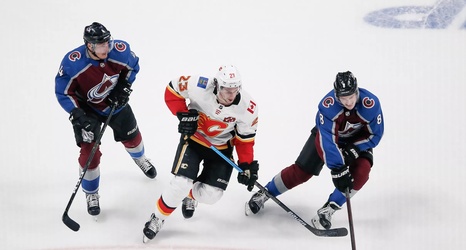 THE REGULAR SEASON HAS FINALLY ARRIVED! The Flames will open the season with a road trip to Denver to take on the Colorado Avalanche. The last time these two saw each other the Avs were ending the Flames season at the Saddledome in a totally dominating 4-1 series win in the Stanley Cup Playoffs.

The Flames will look to avenge that terrible season ending by doing something they haven’t done in nine years: win on opening night. The last time the Flames opened up the season with a win was in 2009-10 when Brent Sutter was their coach and they defeated the Vancouver Canucks 5-3.