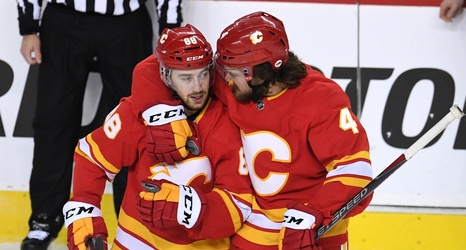 For their fourth pre-season contest of their 2019 calendar, the Calgary Flames are spending their Friday evening traveling to the wretched hive of scum and villainy known as Rogers Place to face off with the Edmonton Oilers. The Oilers were tuned up by the Vancouver Canucks on Thursday evening and the Flames are hoping to build upon that thrilling Oilers performance.

The puck drops at 7 p.m. MT and you can catch the action over the airwaves on Sportsnet 960 The Fan or streamed via the Flames social media platforms.

The Flames have won two of three pre-season outings, and have looked pretty good in all three contests (aside from a slump in the third period at home against Vancouver).