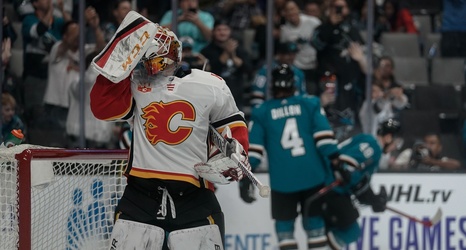 The Calgary Flames were pretty bad on Saturday night in Las Vegas. On Sunday night in San Jose, they were much better. Unfortunately, “much better” didn’t translate into a better result on the scoreboard as key gaffes at key times led to a 3-1 loss to the San Jose Sharks.

The Flames generated a lot of good offensive pressure early on, but the very first shot on Cam Talbot beat him. Logan Couture hucked a puck towards the front of the net from the corner and it deflected off Timo Meier’s skate and in to make it 1-0 Sharks.