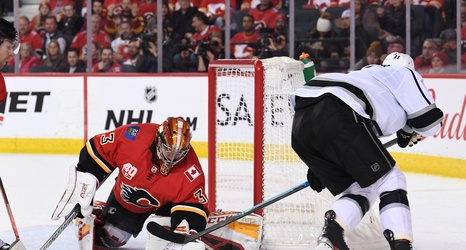 The Calgary Flames have been a slow-starting team, on occasion. Sometimes, as head coach Bill Peters phrases it, they don’t start on time. On Tuesday evening against the Los Angeles Kings, they were really flat early and chased for the duration. They lost 4-3 to the Kings in overtime in a game where the score somehow flattered both teams.

The opening 20 minutes was, in several ways, one of the worst periods of hockey the Flames have played in years. The Kings opened the scoring off a few defensive lapses by the home side.