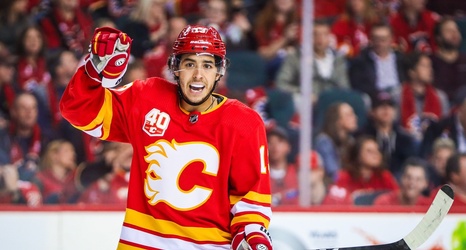 The Flames started their second game in a similar way they did their first – by taking a penalty. Granted, they took a minor 33 seconds in rather than 10 seconds in, so that’s an improvement.