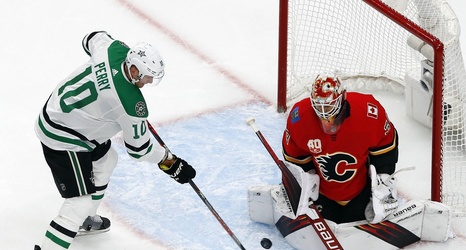 The Calgary Flames spent much of Game 3 in their own zone, defending. But between a combination of eliminating juicy second chances, strong goaltending by Cam Talbot, and Dallas lacking puck luck, it didn’t really hurt them. The Flames rode hot goaltending and timely goals to a 2-0 victory in Game 3.

They lead their best-of-seven first round series 2-1.

The first period was tight-checking and nobody scored. But Dallas had a couple great chances early on, as Tyler Seguin and Alexander Radulov did everything but score.