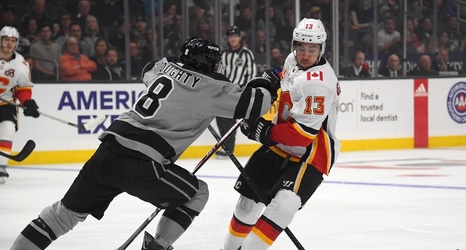 A couple weeks back, the Calgary Flames were horrendous in the first period of their game with the Los Angeles Kings. They managed to battle back and get a point, but Saturday night’s return engagement seemingly proved that they learned nothing from that outing. The Flames were, in a word, trounced by the Kings by a 4-1 score at Staples Center.

The Flames got down early in the first period off some wonky defensive play by Noah Hanifin. Hanifin attempted a poke-check on a rushing Tyler Toffoli just inside the defensive blueline. Toffoli calmly walked around Hanifin, strode into the slot and beat David Rittich with a wrist shot to make it 1-0 Kings.