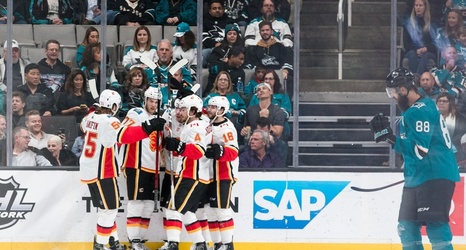 On Saturday, the Calgary Flames played a great game against the Vancouver Canucks. On Monday, they played another good one. The Flames waltzed into San Jose and beat the Sharks by a 6-2 score in a game in which they never trailed.

The Flames got on the board early. Dillon Dube drew a penalty in the offensive zone. While the first power play unit couldn’t score, the second unit cashed in. Mikael Backlund entered the offensive zone with speed. A few passes later and Milan Lucic redirected a Backlund slap-pass in the slot to give the Flames a 1-0 edge.