Post-Game Wrap-Up: Flames lose in shootout against the Blues 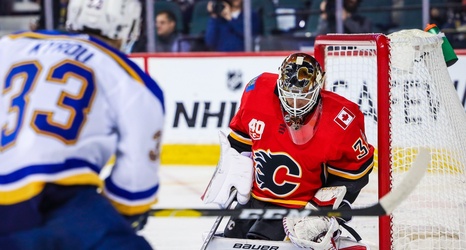 The Calgary Flames often look bad coming out of the All-Star Break. Facing the defending Stanley Cup champions, the Flames were pretty damn good – especially by their standards. They went toe-to-toe with the St. Louis Blues and lost 5-4 in the shootout.

The Blues opened the scoring on their first shot of the game, 5:45 into proceedings. An Oliver Kylington outlet pass was intercepted in neutral zone. A few passes later and Alexander Steen finished off the play with a shot over Cam Talbot to give the Blues a 1-0 lead.

But the Flames responded back on the power play.