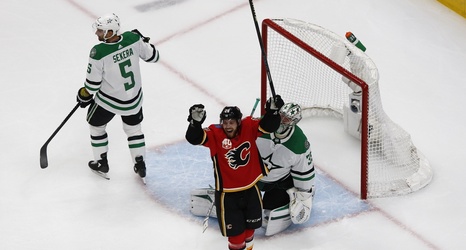 The Calgary Flames looked to have a better performance in Game 4 against the Dallas Stars. They were better, but not great. They had a third period lead and couldn’t hold it. Dallas scored late to tie the game and won in a lengthy overtime by a 5-4 score.

The Flames were much more energized in the opening period than they were in Game 3. Both club generated a pair of first period man advantages, but Dallas did more with them.

With Elias Lindholm in the penalty box late in the first, Dallas got the lead.