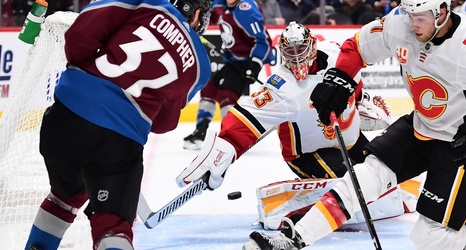 The Calgary Flames got off to a rough start to their 2019-20 season on Thursday evening in Denver, Colorado. They got down early and never had a lead en route to a 5-3 setback to the Colorado Avalanche at the Pepsi Center.

The Flames weren’t very good in the opening period. How not good? They took a penalty 10 seconds into the game, forcing netminder David Rittich to perform acts of heroism to keep them in the game. The Flames killed the opening penalty, but the second Colorado power play resulted in a goal.