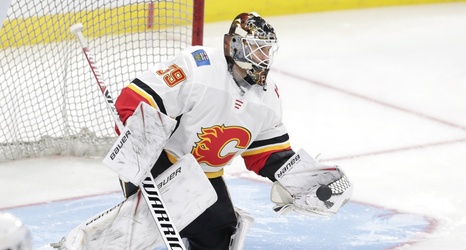 After playing one of the worst games of the season on Saturday in Los Angeles, the Calgary Flames played a composed, smart three periods of ice hockey en route to a narrow 2-1 victory over the Anaheim Ducks.

The Flames were much better in the first period than they were at any point in Los Angeles, generating good looks and chances. Neither team scored, but John Gibson and Cam Talbot were both very sharp. Shots were 11-9 Flames and chances 10-7 Flames in the opening period.

The Ducks scored 12 seconds into the second period.