Post-Game: Flames let one slip away against Oilers 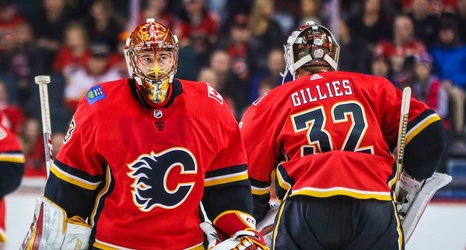 The Calgary Flames were the better team for half of their pre-season game with the Edmonton Oilers on Friday night. But they were decidedly not good for the other half, leading to a 6-2 exhibition setback at Rogers Place.

The Oilers got an early lead after the Flames got hemmed in their own end. A shot through traffic was deflected by Alex Chiasson past David Rittich to make it 1-0 Oilers.

But the Flames managed to even it up off a pretty smart play from Michael Stone. Stone pinched and put a low shot on Mikko Koskinen from a low angle.