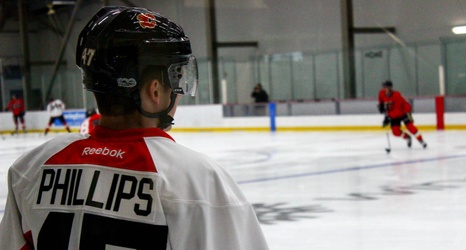 With the NHL squad playing a game to forget in Calgary, the Flames sent a roster of mostly AHL talent to Victoria to battle with a stronger yet weakened (no Elias Pettersson, Quinn Hughes, or Brock Boeser) Canucks team.

The scripts were flipped in both contests, as the weaker Flames roster managed to put together a pretty dominant performance from puck drop to the final whistle, coming out with a 4-1 victory.

It didn’t take long for the Flames to score, with Dillon Dube putting together a hell of a shift five minutes in, knocking Adam Gaudette off the puck with a heavy hit and then burying the puck just seconds later.