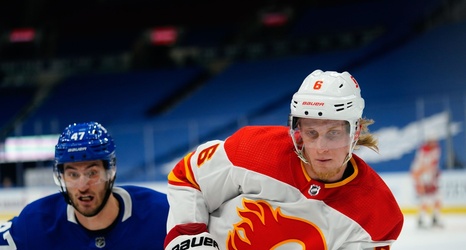 A huge season lies ahead for defenceman Juuso Valimaki. After signing a two-year deal at $1.55 million per last week, Valimaki is officially off his entry level contract and can start carving out his spot on Calgary’s blueline. Valimaki will be an RFA with arbitration rights when this deal expires, giving him a couple seasons to up his value. When you consider Valimaki’s performance last season with the opportunity that exists going forward, chances favour him doing just that.

I know there were some disappointed in Valimaki’s 2021 season, which I guess I can understand.