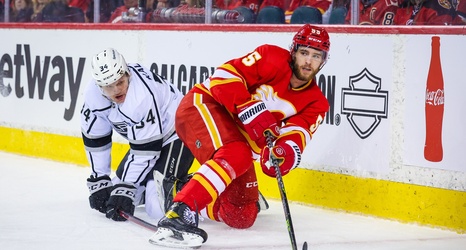 Calgary Flames blueliner Noah Hanifin has long been considered a promising young defender. He broke into the NHL as an 18-year-old and has long been a really solid, albeit somewhat unspectacular, defender. He’s been a solid hand, a reliable second pairing guy, but up until this season he hasn’t shown much more than that.

Stepping into Mark Giordano’s spot on the left side of the top pairing, Hanifin had his best season as a pro – by far – in 2021-22.

Writer Cyril Connolly once declared, “”Whom the gods wish to destroy they first call promising.