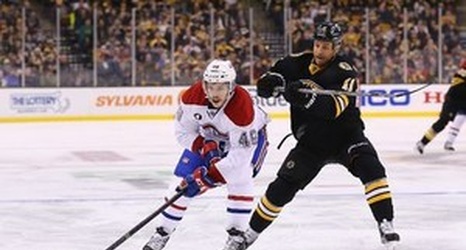 Forward Michael Bournival agreed to a one-year, two-way contract with the Montreal Canadiens on Tuesday.

The 23-year-old Bournival played 29 games with the Canadiens in 2014-15 with three goals and two assists. He was a plus-3 with just four penalty minutes.

Bournival had three goals and six assists in 12 games with the American Hockey League’s Hamilton Bulldogs, with a plus-4 defensive rating.

He’s played 89 career regular season games in the NHL, all with the Canadiens, scoring 10 goals and adding nine assists. He also played in 14 career playoff games.

The native of Shawinigan, Que.