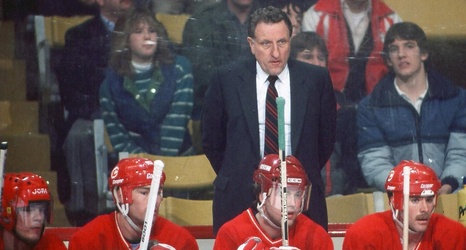 Johnson took over from Al MacNeil, who came with the organization from Atlanta to Calgary in the 1980 move.

While MacNeil’s first year in Calgary was successful posting a 39-27-14 record and a run into the third round of the playoffs, his second year faltered.

In 1981-82, Calgary posted a 29-34-17 record failing to make the playoffs. He was subsequently let go that offseason and in came Bob Johnson. Over five years, he was a key cog in the machine that kept the Flames running and remains the winningest coach in franchise history.