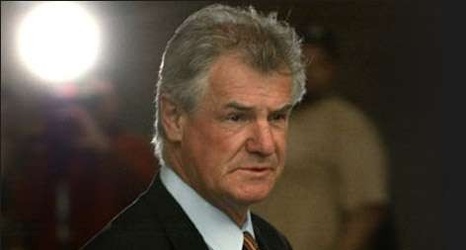 It was today in 1996 that Al Coates was given the go to continue to operate as the Calgary Flames general manager.

Coates had been appointed to the role on Nov. 3, 1995 when the club had let go of Doug Risebrough. The Flames had clearly felt Coates was the right man for the job after a season that saw the Flames go 34-37-11 giving them a first-round playoff berth against the Chicago Blackhawks.

And there was one key trade Coates made in that timeframe that would forever change the organization.

On Dec. 19, 1995, just over a month since being hired as GM, that Coates made a deal to bring in Jarome Iginla and Corey Millen.