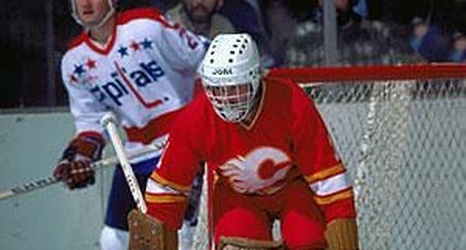 Don Edwards’ short time as a Calgary Flames goaltender came to an end today in 1985.

He was originally acquired by the Flames from the Buffalo Sabres in a massive deal in June 1982. Calgary got Edwards, Richie Dunn and a 1982 2nd round pick used to select Rich Kromm.

In return, the Flames gave up a first-round pick in 1982, used to Paul Cyr, and second-round picks in ’82 and 1983, used to select Jens Johansson and John Tucker, respectively.

Edwards’ time in Calgary was largely sub-par at best. In 114 games played, he won only 40 games stopping 87.