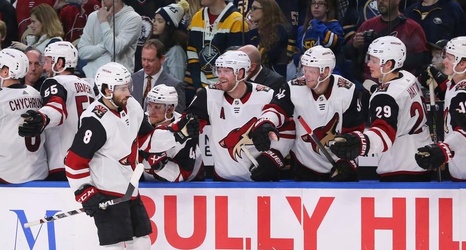 The Arizona Coyotes have won four of five games heading into tonight. Can they keep their momentum going against a desperate Flames team?

The NHL may have outdone themselves with their scheduling this week. After an average four-game slate on Monday, the rest of the week shakes out as follows - 11 games Tuesday, two games Wednesday, 11 games Thursday, four games Friday, 11 games Saturday, and seven games Sunday. With the unusually heavy schedule, there will be plenty of teams playing three games in four nights, some teams playing four games in six nights, and a few more teams than usual playing five games in eight nights.