Milan Lucic comments on his suspension 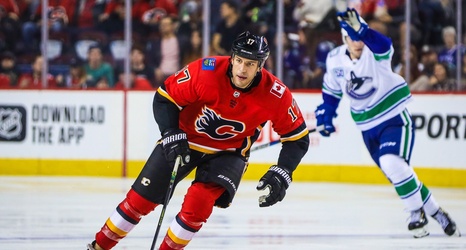 The Calgary Flames had an off day on Monday, so Tuesday morning was the first time Milan Lucic held court with the media in the aftermath of being levied a two game suspension for roughing Columbus Blue Jackets forward Kole Sherwood. Lucic’s comments follow in the footsteps of general manager Brad Treliving’s comments on Sunday. Guess what? They both disagreed with the league’s decision.

Postmedia’s Kirsten Anderson tweeted basically the entire Lucic scrum, so head on over to her feed for the whole kitten caboodle.

But two quotes really stood out in terms of demonstrating Lucic’s mindset within that incident.